The annual default WordPress themes are general purpose/flexible/balanced/versatile/ themes that a larger variety of people can use for various purposes instead of themes designed only for certain unique purposes like the Twenty Fourteen theme (a magazine theme), wordpress default themes are designed for certain unique purposes be made during the year like they normally are, but the annual default WordPress themes should be general purpose/flexible/balanced/versatile.

Default theme developer, Konstantin Obenland (who helped build the last three themes that shipped with WordPress!), shares some insight into the design and development of previous default themes, and proposes an interesting approach to the development of Twenty Fifteen. Excert from the blog of Konstantin.

Over the last 18 months I worked on three default themes, Twenty Twelve, Twenty Thirteen, and Twenty Fourteen. Each project was a little different from the other, and on each project my role differed too.

Twenty Twelve was initially designed by Drew Strojny, with Lance Willett creating the templates, leading the project and herding volunteers. It wasn’t ready for WordPress 3.4, but was released with 3.5. I joined them in the 3.5 cycle I started helping out with testing and bug fixes.

For Twenty Thirteen, I was the main developer. Joen Asmussen designed the theme, and it was my job to take his mockups and make them work. Lance was again leading the project, reviewing and committing fixes after the theme was initially introduced to Core.

We took a different approach for Twenty Fourteen, where we ported over an existing theme, Further, designed and developed by Takashi Irie. Lance’s role stayed the same, while Takashi took on a more active role in bringing in fixes, and I reverted back in a more supporting role like in Twenty Twelve.

When we look at how the five Twenty themes were created, we can roughly categorize them in two approaches, “start from scratch” or “use an existing theme”: 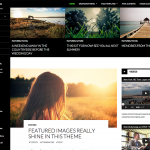 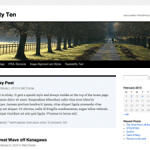 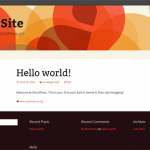 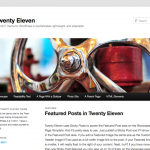